Timmy Osoba is an award-winning filmmaker, who is a native of West Africa, but was raised in the United States. From childhood, he developed a love of films, but it was not until the age of eight years old e started writing. At the age of eight, Timmy fell in love with writing scripts. One day his mother took him on a trip to Paris after he saw them making a film on the streets of Paris since then he told his mom that he wanted to make films. Then his mom told his cousin to find a school in Chicago, a couple of months later he enrolled in Columbia College Chicago, and years later he graduated with a BA in Film and Video, In 2011 since then he's been making films.

He made his first short film in school, it was called (Back To Life), back to life tells the story of a young girl who gets murdered and comes back to life by a herbalist doctor that her father called. After he graduated from film school, he then moved to California where he started working with friends on their films after he couldn't get a job in California, he moved back to his country of Nigeria. After a few months of living in Nigeria, his mom met a family friend, and he eventually brought us to Atlanta Georgia, since he's been living here he has made short films, his short films are award-winning films. The first short film that he made (Homeless man), tells the story of a man who couldn't pay his rent because he didn't have a job, so the landlord kicked him out of his apartment, and now he's forced to live on the streets. His second film (Kidnapped), tells the story of a young lady who Kidnapped her mother because she was too controlling, but fate bites the daughter at the end. 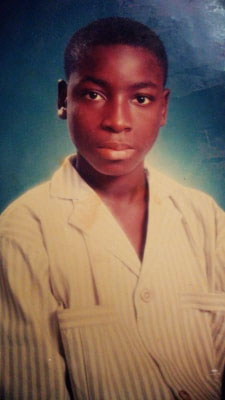